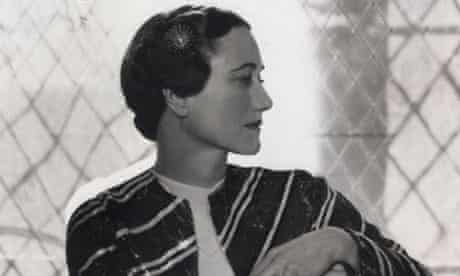 Wallis Simpson once said, “You can never be too rich or too thin”.

I’m not convinced that Wallis was right; however I do know that money can buy freedom and a little freedom is a good thing, especially after many years of working hard to pay the bills and feed the children.

This freedom used to be called retirement.  I not sure whether retirement in the grand old sense still exists,  and I personally think that “has other private income” is a better, more glamorous label than “pensioner” for those lucky enough to take some time out from work at the end of their lives.  But whatever we choose to call it, the fact remains. This “other private income” has to come from somewhere and there needs to be enough of it to generate a little happiness.

There have been some pretty scary headlines flying around recently regarding all this.  “Today’s children will need a £2.4m pension pot” for an acceptable standard of living, “The average 30 year old needs to save £834 per month to have a comfortable retirement”.  These are some huge numbers by anyone’s standards and they do worry me slightly as I wonder whether the people behind these calculations have really thought properly about what a comfortable retirement really is.

For me, the numbers are confusing and they don’t really tell us anything about our own circumstances, and what matters to us.  Yes, money is one part of planning for later life but there is much more to be considered.

The thing is, only you know what a comfortable retirement means.  And even if you think you have figured out what it means, there is a tiny possibility that, when it comes down to it, what you think you want from retirement, freedom from work, or whatever you want to call it, just doesn’t float your boat when it arrives.

I talk to many pension scheme trustees who, bored with the daily of grind of another round of golf (or beer) at the club, are desperate for some intellectual stimulation and a couple of problems to solve.  There are women being driven to posting the problems of early retirement on the internet – I quote Sasha and the pan incident – “Right – this is going to sound so petty – but I am furious, spitting feathers over what husband has done”  See here for more details if you are that way inclined but, from what I can make out, all this poor man has done is pay dutifully into his pension to ensure a long and happy retirement: http://boards.dailymail.co.uk/trouble-shared/10251927-big-row-husband-still-not-talking-after-2-days.html.

There is lot’s of good evidence, Sasha aside, to show that work is good for us.  It makes us happier, healthier and ironically even makes us live longer.  I don’t plan to retire, although I may use “other private income” (saved through a tax efficient workplace pension with contributions from my employer and probably some capital from my home) to support me doing something that pays less than being an Actuary but gives me just as much enjoyment, or even more.

The great Alistair Cooke, being more succinct about pensions than I will ever be.

And for those of you who think you need the £2.4m, well the great Alistair Cooke commented on this more succinctly than I ever could in his September 1977 Letter from America; “Retiring Kind” which is here and well worth listening to http://www.allmusic.com/song/retiring-kind-september-1977-mt0006752602

So, perhaps there isn’t a pension crisis after all, just a complete misunderstanding of what we need to be happy.